Audio Connex is social network dedicated to everything Audio Drama. Get the latest news on your favorite productions, get tips and tricks on how to get involved or just converse voice over actors and producers. Join now at www.audioconnex.info

In a deep underground, brothers prepare for conquest of the Empire. 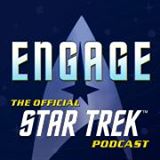 Fans of Shadows of Tyranny and The Continuing mission, today is a great day.  In episode 5 of Engage: The Official Star Trek Podcast, Jordan welcomes John Van Citters, VP of Product Development for CBS and lifelong Star Trek fan to give some much needed context on the recently released Star Trek fan film guidelines issued by CBS and Paramount Pictures. John Van Citters states that the guidelines are for visual productions and audio drama and audio productions are not govern by this guideline.  We are back in business!

In a deep underground, brothers prepare for conquest of the Empire.

We are also on Soundcloud at https://soundcloud.com/star-trek-shadows-of-tyranny/casualties-of-conquest